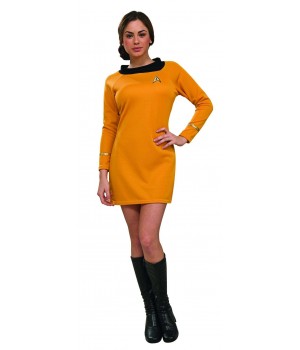 Star Trek, created by Gene Roddenberry in 1966, is science-fiction at it's finest - it's what made me a sci-fi fan at the age of 12 and encouraged me to make my first cosplay of a Star Trek uniform dress.

I am very happy to offer adult and kids Star Trek costumes from all Star Trek TV and film franchises as well as costume accessories. A fan favorite choice for cosplay at the hundreds of science fiction conventions held around the world, Star Trek costumes will never go out of style for Halloween or any occasion.